The white bronco took another one of the hairpin turns at breakneck speed. The vehicle itself, which may have been held together by duct tape and paranoia, shrieked in protest as the driver gunned the engine and took another turn like he was in a car chase. Maybe he thought he was. No this isn’t OJ- this is D-Wayne. Not Dwayne. Not D. Wayne. D-Wayne.

“Is it Dwayne or Dee Wayne?”

D-Wayne was our driver, as he stopped at our extended thumbs and asked, “where yer heded?” We told him Big Bear, and we clambered into the front seat. Finna sat in the middle and could be seen trying to keep his body from flying side to side as D-Wayne floored the car around each corner.

As we are both hiking, and could barely understand the words coming out of this guys mouth, we assumed he was talking about some nature trail in the area, despite us telling him we were from across the country.

“The damn white lines in the sky coming off dem planes! They got special aluminum in dem trails, so they can control the weather. Make it snow when it ain’t snow time, and make it hot when is ain’t supposed to be hot.

Finna and I glanced at each other and questioned our decision to be less than picky in chosing our ride.

“Oh, I don’t know, some govn’t or some secret people. They control the food cuz they know we need dem crops to eat too!”

“You can let us off here! Thanks.” 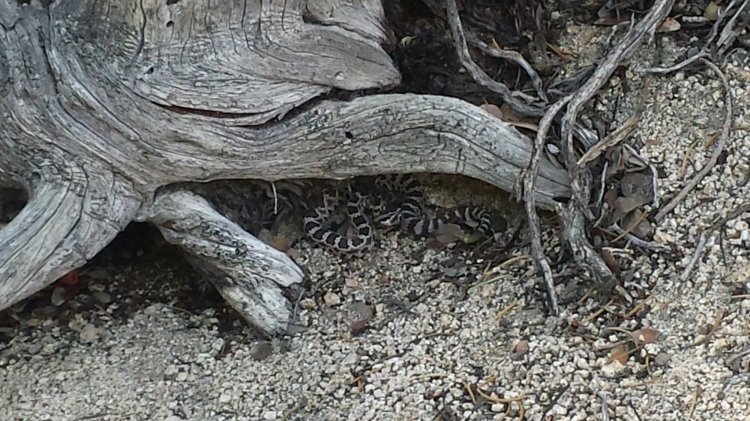 The journey is going well though my feet have taken a turn for the worse after putting different shoes on. In three days, I managed to get my first blister EVER  while hiking, and it is a doosy, while my other foot is just a general swollen mass. But all is well as I sit in a trail angels home, resting my wittle toesies. 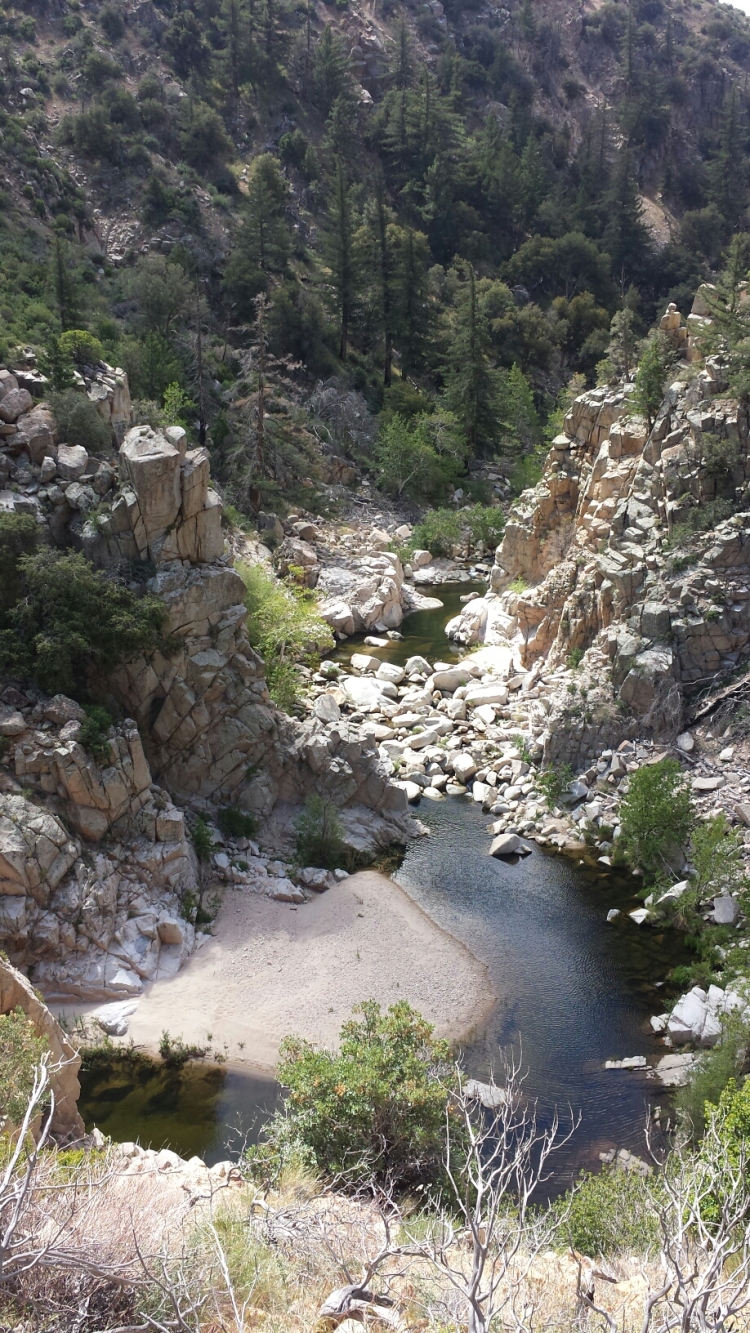 We took the Devil’s Slide Trail out of Idyllwild, a 2.5 mile trail going straight up to the saddle before we began to climb up San Jacinto. We got up close to 10k feet and camped. It was a windy night that passed that night, and Finna’s TarpTent was basically a shawl by morning.

I decided to leave early and began the descent of Fuller Ridge alone. I mentioned in another post how enjoyable that was. When Finna caught up, we night hiked another 5 miles, making it 26.2, our biggest day at that point. We stayed at Ziggy and the Bears, who purchased their home specifically to help hikers, the first to do so.

The next three days involved triple digit temperatures, night hiking, and a general sense of ‘WHAT THE FUCK AM I DOING?!’ as we made the climb out of Mission Creek in the middle of the day. No bueno.

But like all climbs, it was worth it and we were back up in the cool, breezy air of the mountains. San Gorgino loomed in the distance, amazingly snow-capped still, despite the heat.

We made it to Big Bear and stayed at the Big Bear Mountain Hostel, where we were but two flecks of gross, in a sea of many unkempt and smelly hiker trash in that place. You should have seen the stampede when the ‘herb’ guy showed up. He must have made a small fortune. 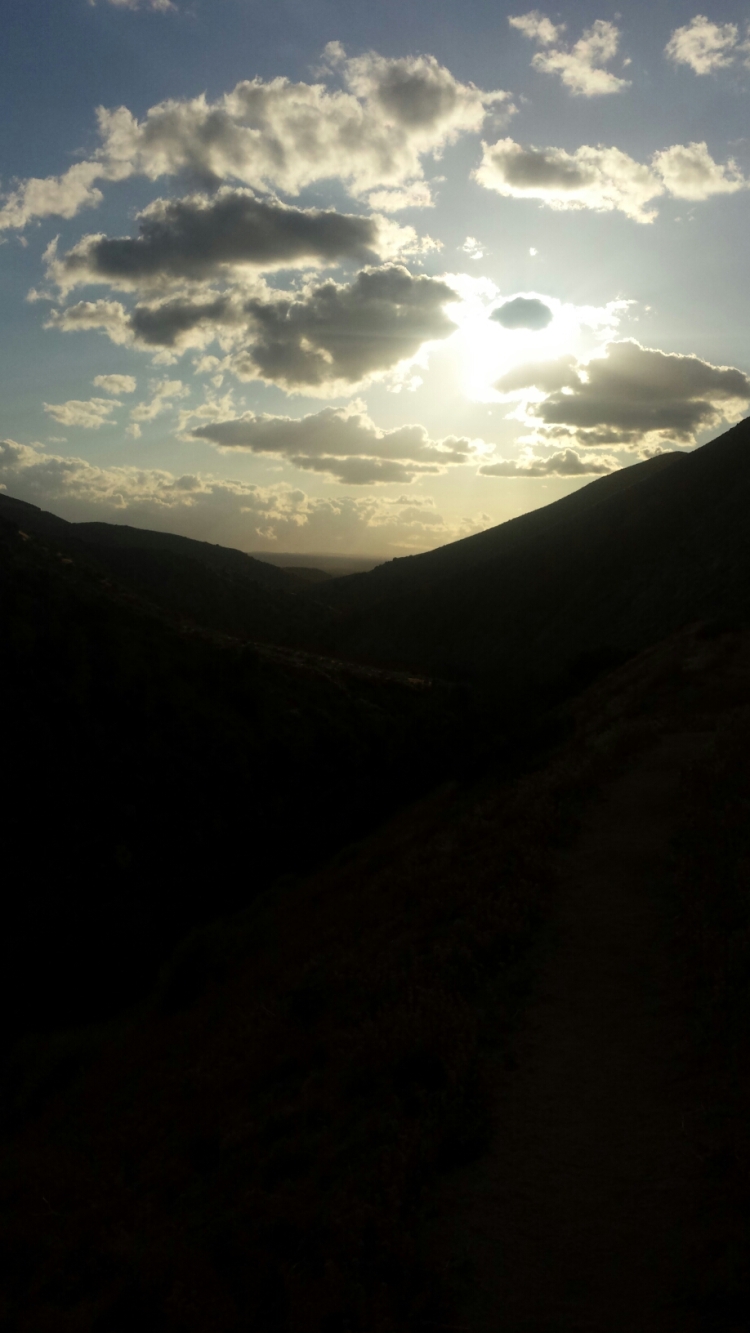 We headed out and started for Wrightwood. We planned some big days to make the almost 100 mile hike in 4.5 days. A gem of the trail in the area is Deep Creek Hot Springs. You get there after a long hot traverse of this canyon in which Deep Creek runs. When you reach the bottom after a dozen or so miles, you will find a beautiful oasis of hot pools, possible cliff jumping, a slack line for the brave, an a veritable legion of old saggy nuts. Deep Creek is very clothing optional. A fact that many old men and a few cougars (not the four legged kind) are very well aware of. But, as are most things when you are living the Trail Life, no one really cared, except maybe the girl from Kentucky where, “things like this just don’t happen where I’m from!”

Out of Deep Creek, we did something really cool and really stupid, we decided to hike 31 miles. We did it and it was amazing, finally making camp under the shadow of a Dam, sometime around 1:30am. My feet did not make the journey unscathed however.

Now, I am in Wrightwood, waiting to heal up a bit, and for some new shoes to come in the mail. Things are still pretty amazing and I am keen to keep moving. It’s crazy to think that I am over halfway done with the desert, though I know the ‘worst’ is yet to come. Mojave, here I come!

Until the next time!